Heading out of Custer State Park our next destination was Bighorn National Forest just outside Buffalo, Wyoming.  One stop along the way was Devil’s Tower Monument, you know, the one made famous in “Close Encounters?”  Since we had been busy watching bison in camp for a few days, we needed another stop at Rapid City’s Wal-Mart for basic supplies, then off we went to Devil’s Tower.

As close as we could get.

The only glitch we discovered was there was very limited parking for motorhomes and trailers, in fact it was at the base of the tower and not yet up to the Visitor’s Center.  Even though we could have disconnected the car to drive closer, we hopped out, took the shots and kept moving. 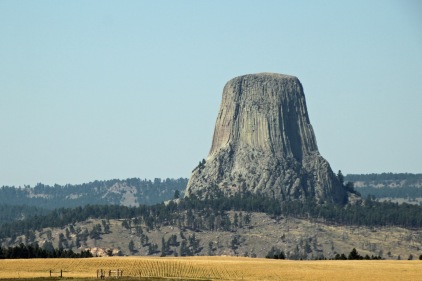 As we got closer to our destination, I kept scanning the low hills for anything that looked like mountains.  Our campsite was in the Middle Fork Campground and it was hard to see anything that fit the description of mountains, but then it was very, very hazy on the drive.  I couldn’t figure why so much haze and ground level ozone in such a wide open area, but then we learned we were in the path of smoke blowing down from wildfires in Canada and Montana.  As we got closer to Buffalo we finally spotted the mountains looming in the haze… looks like a proper location after all.

Umm, I guess we should shift to a lower gear…

Well, yeah… it was several miles of 7 and 8% grade up, relentlessly. Up, up we went, while the engine temp did the same.  But the outside temperature did the opposite, going from upper 80’s to low 70’s.  Wow, we had a bit of a pause to go downhill a bit, then Jackie shouted, “there, the turn is there –  slow down.”  We exited the highway, across a narrow cattle grate and the road seemed way smaller, in fact it turned into dirt and gravel.  Hmmm, okaaaay…  are you sure this is it?  Oh yeah, the next turn was even tighter, across more cattle grate and less gravel. 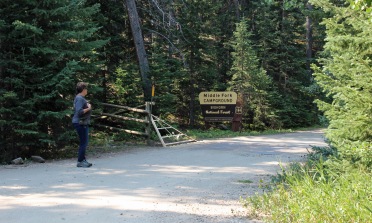 Are you sure this is the right way? Can we fit in there?

But the sign announced the campground.  We took a deep breath, drove very slow and across a one-lane bridge, found our gorgeous campsite and decided to disconnect the car and tow dolly and hope there was a turnaround ahead for the motorhome.  There was, and we eased into the site, one that was the BEST ever.  A clear mountain stream rushed along the site and we were in the midst of beautiful spruce and ponderosa pines in a narrow gorge that was now in the mid 60’s.

Great campsite in the spruce and fir forest.

Middle Fork of the Bighorn River, alongside our campsite.

We knew the spot was without electric or water hookups, but there was a handy water pump across from the site, just in case.  Took Kodi off for a walkabout, chatted with the camp host, grilled a great meal, played a game of cards and went to bed with the sound of the stream.  Next morning it was 42 degrees and we were dead on power. The house batteries had drained to nothing and we couldn’t even crank the generator to recharge them.  Ugh.  What went wrong?  I think we forgot to switch the fridge from automatic to LP gas.  It drained the batteries overnight.  So I cranked up the engine (hooray, that worked) and tried to get some charge to the house batteries, but it was never enough to spark the generator or start the fridge, even on LP gas.  So we were without electricity and although we had plenty of water, we couldn’t operate the pump to get it out of the tank.  So the hand pump across from us came in handy for cold, fresh mountain water. 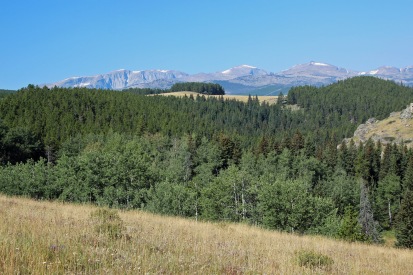 Our campsite was in the wooded gulch in the foreground.

Since we got up way early, thanks to Kodi’s alarm, we took a break to hike out of camp a bit and discovered the beautiful vista we missed the day before: Cloud Peak Wilderness area in the Bighorn National Forest.  It was clear early morning, but within an hour the smoke moved in and you couldn’t see them at all.  Other than that, we totally loved the spot.  We did a late afternoon hike into the wilderness for less than a mile before the elevation got to us (trail was 8,000, camp was 7,400 feet).  We did make a run into Buffalo with the car (down then up the 7% grade) to get a couple bags of ice to put in the fridge.  Total boondocking camping without showers, running water, electricity, heat … oh my, could we survive?

A tribute to the Native Americans who died at Little Big Horn. 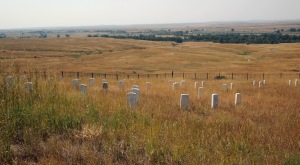 The view from Last Stand hill.

We were only in camp two nights and took off early in the morning to see if we could get to our next stop: Billings, Montana and a KOA.  Short detour to see the Little Big Horn Battlefield (Custer’s last stand against the Indians) and on to civilization and an electric outlet!

The KOA was actually the FIRST KOA in the world. Very nice facility.

The camp sat along the Yellowstone River… how cool.

We made it, hooked up and got everything running again.  Nothing in the fridge or freezer spoiled, in fact the ice cubes were still good.  Lesson learned for the next stop off the grid (which will be Glacier for a week) – we need to check the fridge and be sure to run the generator before turning in at night to be sure everything is charged up.

Lots of hay was being harvested in this region of Montana.

Eclipse Day!  We were off to Great Falls, Montana and figured to be about halfway there by 11:30’s solar eclipse moment.  The route we took was a wonderful 2-lane road that went over the hills of Montana and through the Musselshell River valley, quite scenic.  We still saw plenty of wildfire smoke in the distance, but it was easy to see the many hay fields and sheep grazing around us.  Magpies flew up from the road shoulders as we passed a lot of worn and weathered small towns along the way.

The town of Moccasin, Montana

We stopped in Judith Gap to watch the eclipse, which was around 90% and we had glasses in hand ready to view.  As you can see, everyone in the area pulled off the road to watch the event.

Judith Gap, Montana — where we stopped to watch the eclipse.

The crowd of eclipse watchers left the road and the traffic came to a standstill.

We noticed it was a bit dim outside, but we still saw our shadows just fine.  Ah, well.

Ready with our eclipse glasses … where is the camera?

We made it to Great Falls in time to disconnect the car and check out the three breweries in town, celebrating the “non’clipse” we witnessed.  Mighty Mo, Black Eagle and The Front Brewing were a lot of fun with very friendly people. 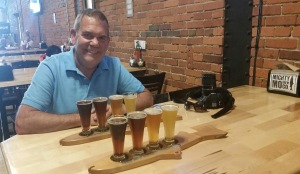 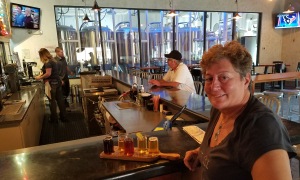 Our campsite was the KOA in town, conveniently located just behind a huge Wal-Mart.  So we are well stocked and ready for our journey into Glacier.

You will notice how convenient the Wal-Mart is to the campsite.

Actually, the view from the other side of camp is quite “Big Sky.”

Yes, more adventures for two former teachers who should know to read and follow all directions.  Blame it on the altitude, we were woozy headed.  Stick with us, as we are headed to Glacier National Park. 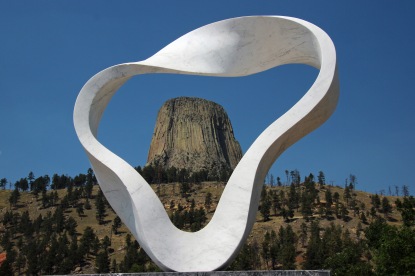 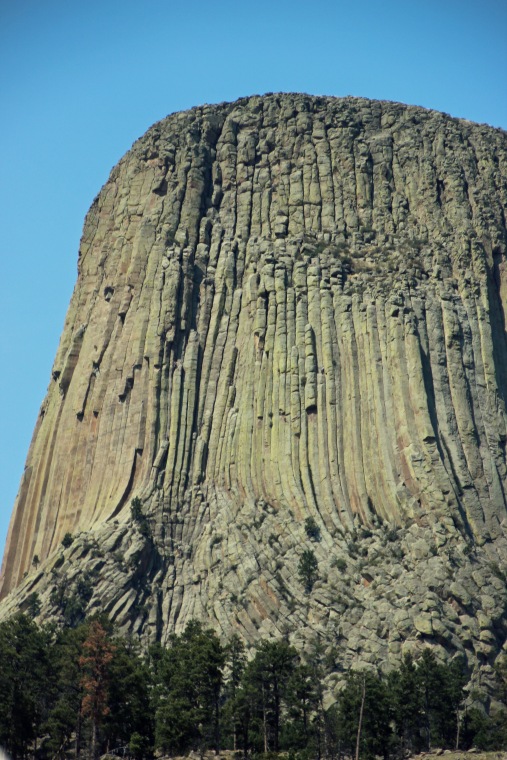 The camp sat along the Yellowstone River… how cool. 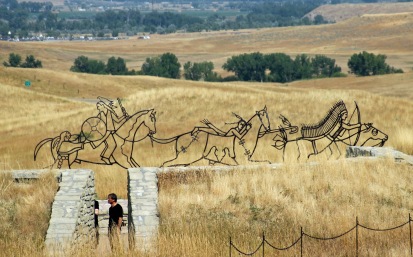 Our campsite was in the wooded gulch in the foreground. 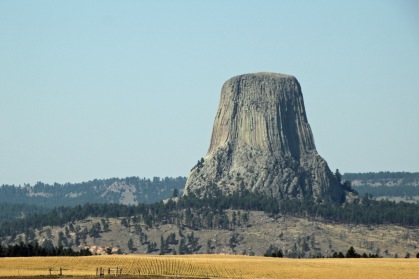 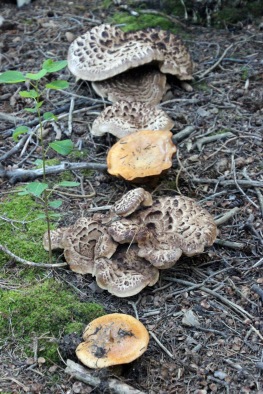 The KOA was actually the FIRST KOA in the world. Very 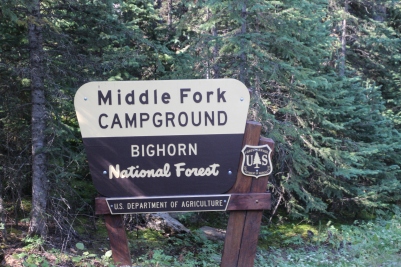 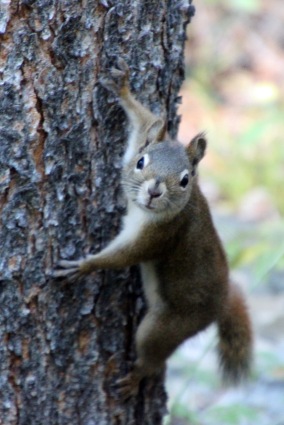 Saddle Up and Westward Ho!

Packed and ready to roll the coach on our fall adventure out West!  If you are a motorhome traveler you know the drill.  For the rest of you, let me recap how a motorhome trip is different from packing the car for a week at the beach.  Remember, you are taking a small house with all its onboard systems, so your pre-trip checklist includes:

You need some fresh water in the tank, but not too much, since you don’t want to haul extra weight. Once you get to a campsite with city water you can connect with a hose and run from that. A small pressure regulator is important so you protect against high water pressure damage. You have to be sure to switch to city water service, not tank fill, otherwise you will discover (as I did in Florida) water pouring out of your overflow hose under the RV about 10 minutes later.

Greywater and blackwater tanks should be empty to start. The lowest sensors in our black tank don’t seem to register, so we are going to pour a solution of borax, water and dish soap into the toilet at the start of the trip to clean them. A bag of ice down the toilet to rattle around while traveling (as recommended) didn’t really do the trick the last trip. You should keep some water in the toilet bowl to block odors (like any p-trap at home). You need your sewer hose and connectors.

You have a generator, which should be in good working order, for the times when you are boondocking. Boondocking or dry camping is when you don’t have any water or electric hookups available. Also you have two sets of batteries: house and engine. Even though they connect and can help spread the charge, you want all of them charged and ready. We have a small solar panel that adds a trickle charge. Be sure you have a surge protector for your electric cord (shoreline).

LP gas tank got filled last week. With our system, you can power your fridge with shoreline electric (when you are hooked up to electric at home or camp) or run off the LP gas, or run off house batteries (or run the generator while on the move or when boondocking). I pre-chilled the fridge in the driveway before stocking it with food.

LP gas can also be used for cooking on the stovetop and oven and it is a source of power for the heater if you can’t run the generator (campgrounds often have quiet hours after 10 pm).

Hey out there, did you pack the cat food?

Our motorhome has four hydraulic leveling jacks that are used in combination with jack pads and chocks to level the motorhome. The pistons need to be clean and sprayed with a dry silicone lubricant so they will completely retract when it is time to break camp.

Since you are also a motor vehicle, every part of the engine and wheels needs preventive maintenance. Tire inflation pressure is important and can vary with the amount of weight you are carrying. Tires on motorhomes wear more than the mileage would indicate, (UV damage and dry rot as I learned on our Florida trip) so you need to keep an eye on their condition.

And of course you need all the pots, pans, dishes, utensils, grill and pantry for your camp menu.

This motel doesn’t come with maid service, so you need sheets, blankets, pillows and towels.

Planning to add more states to our camping map.

But now it is all packed, the tow dolly is ready for the car to be strapped on and we’ll head out. First stop will be in Alabama just northwest of Birmingham on Smith Lake for a night. Then on to Memphis for a stopover.

Hey, thanks for checking in and “Happy Trails!”